8 parts of speech definitions with examples provide a simple definition and a couple of examples for the eight parts of speech. When you improve your grammar, you are taking the first steps in improving your communication. 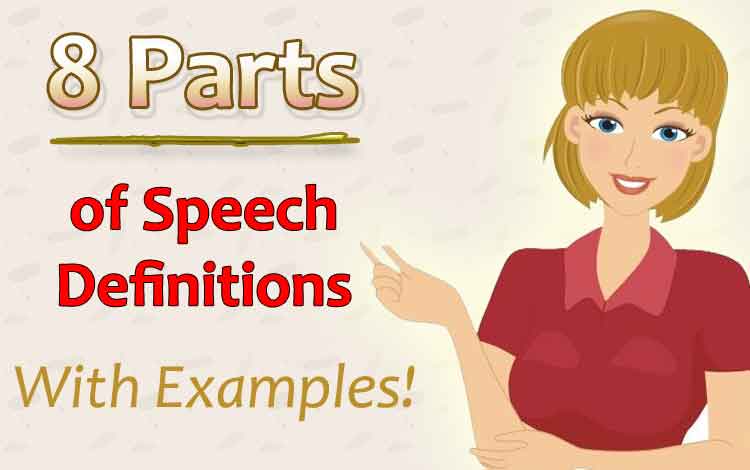 8 Parts of Speech Definitions With Examples

Definition: A noun is a naming word. A noun may name a person, place, thing or idea.

Definition: A verb is either an action word or a state-of-being word.

An action verb is a doing word. A state-of-being-verb shows state-of-being or links two nouns together when they relate to each other in the same sentence. State-of-being verbs do not show action. They are: am, is, are, was and were.

Definition: An Adjective describes or modifies a noun. Adjectives tell which, how many, what kind of and whose.

Definition: Pronouns take the place of nouns. Pronouns are divided into first, second and third person.

Definition: Interjections express strong or sudden feeling. They are not needed to complete a sentence.

You can find more information about the 8 parts of speech definitions by clicking on this link!